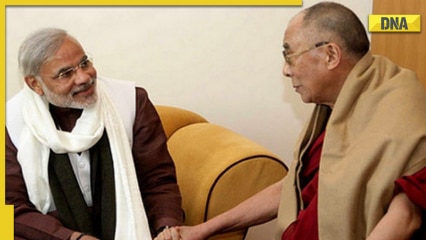 Tibetan spiritual leader Dalai Lama on Saturday wished Prime Minister Narendra Modi on his 72nd birthday and wished him continuing good health. The Dalai Lama also complimented India for its efforts in combating the Covid-19 outbreak on his official website.


“It’s wonderful that India has successfully met the challenges posed by the coronavirus pandemic. Although we have not seen the complete end to it, India today is better placed to address similar challenges in the future”, he wrote.


He also claimed that India is becoming a major economic force and a pioneer in science and technology. He praised the nation’s solid democratic basis and cited it as an illustration of peace and stability.


“ Having one of the youngest populations is an asset that will enable further development and the fulfilment of positive aspirations. I am delighted to say India is poised to assume its rightful place in the world,” the Dalai Lama wrote.

Highlighting Mahatma Gandhi’s principle of “Ahimsa”, he said, “I have a lot of respect for the way Mahatma Gandhi popularised the traditional practice of “ahimsa” all throughout the world. Permit me to restate that, on my part, I am profoundly devoted to raising knowledge of the ability of “karuna” to assist us all in leading happy and fulfilling lives, in addition to trying to promote this philosophy wherever I can. These principles are priceless relics of Indian heritage.”

The Tibetan spiritual leader also expressed heartfelt thanks to the Indian government and people for assisting Tibetans who were driven into exile in 1959 as a result of China’s illegitimate takeover.


“Once again, I would want to offer my heartfelt thanks to the government and people of India for the kind and generous hospitality we Tibetans have received since our forced exile in 1959,” the Dalai Lama said.

READ| ‘For decades no meaningful effort was made’, says PM Modi as Congress claims credit for ‘Project Cheetah’